Will The Answer You Receive Always Be NO? From as early as I can remember, I was raised in a household that lived by the motto, “Ask and you shall receive.” This empowering phrase has many origins, and chances are, like me, you probably heard this from an early age and maybe it stuck with you or maybe it didn’t.

Depending on your religious upbringing, you may have even heard it in scripture, such as the often quoted Matthew 21:22 – “And all things, whatsoever you shall ask in prayer, believing, you shall receive…”

In recent times, if you watched the movie “The Secret,” you were introduced to the version popularized by Law of Attraction teachers, “Ask, Believe, Receive.” and it serves as the foundation for manifesting your heart’s desire as you reach out to the Universe stating your intentions and practicing the “art of allowing.”

As a proponent of this philosophy, I’ve trained thousands to implement this process and it is even a very strong component of my own Milestone Mapping Formula.

For the moment though, we are going to take a step back from the Universe and bring this popular concept a little closer to home on a whole different level today.

But either way, it will serve you by returning great rewards when you master the ability to simply “ask.”

So what do I mean by this?

I think this popular phrase puts it best:

“The answer to the unasked question is always NO”

So let’s think about this a little…

If you never ask a question, the answer will always be “no” because you never give anyone the opportunity to reply in either the affirmative or the negative. You simply don’t open the door for an answer either way. And as such, by default the answer is always going to be ‘no.’

Well, in theory yes, but in daily practice, perhaps not so simple.

I have found an interesting contradiction within myself in that I have no problem whatsoever putting my own personal intentions out there and asking the Universe for anything my heart desires (and I most always get it, by the way) – but when it comes to asking a friend for a favor, or a colleague for an opinion – then we have a big problem.

And I have traced this back again to my own upbringing… as even though my mother’s words of “ask and you shall receive,” ring in my ears, I saw her actions which spoke louder than words. As with so many of those cherished childhood words, the actions of those around you often undermined the words and THAT is what has likely stuck with you and supersedes the words.

My mother was a strong, determined woman – but as a single parent in the 60’s and 70’s struggling to raise a child alone, she was also a fiercely proud woman and never wanted to be a burden on others. So as a result, she would rarely ask for help or ask for an opinion, because I believe in her own mind she felt that would be a sign of weakness. In effect, it was inconsistent for her to be weak for herself, when she lived to be strong for me.

So the disconnect here, in my own negative patterns and conditioning, becomes the notion that it is a sign of weakness to ask for help.

But this is only one of several reasons that “asking” often presents challenges in life.

Another equally common tape that many people play in their minds when it comes to asking is the fear of rejection. After all, none of us likes to be told “no,” and if the shortest path to avoiding that occurrence is to never pose the question in the first place, then that is frequently the road taken, isn’t it?

Regardless of whether you view it as a sign of weakness or a fear of rejection – do you find yourself frequently bristling at the thought of reaching out and simply asking?

Do you routinely allow others to say “no” to you by never asking the question in the first place?

My hunch is that when put in these terms you will see yourself in this equation to some greater or lesser degree as well.

So my challenge to you is to join me in an exercise and spend the next 7 days “asking.”

Reach out to those around you – family, friends, or even strangers – and simply “ask.” In doing so, I promise you will be amazed at the results you receive.

If you find this difficult at first, I assure you that as with anything, practice makes perfect (another childhood witticism that’s we’ll save for another day). But in any event, you may want to start this exercise with questions that you have a lesser vested interest in.

For example, you may have difficulty starting out by asking a friend to come over to your house and pack up your entire belongings and help you move to a new locale. But in contrast, you may find it far easier to simply ask someone if your pink or blue shirt is more flattering on you?

Remembering that neither example above is a sign of weakness or setting you up for rejection – it is simply an opportunity for you to put this principle into practice and watch what is delivered.

As you continue to implement this into your daily life, you will find it easier and easier to tap the resources that are around you and I assure you the rewards will be plentiful.

And because I believe in “talking the talk and walking the walk,” I am going to join you in this exercise.

What I am “asking” is that you leave a comment below telling me what you asked for and return frequently over the next 7 days to update us on your progress. In return, I will also leave my own examples below and let you know how I am doing as well… 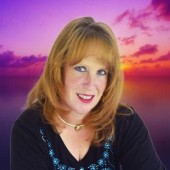 Stephanie Mulac, founder of the Infinite Evolution Center (IEC), has coached thousands toward attaining a life of financial freedom and living the lifestyle of their dreams. A huge proponent of leading by example, Stephanie and her family have embraced their own financially free lifestyle as they’ve traveled full-time by motorhome across the U.S. since 2008, with her “pint sized” daughters Marina and Morgan – both successful online entrepreneurs in their own right. What You Need To Know About Strokes How to Be Flexible – Increasing Your Adaptability Factor Do You Have an Orderly Life? Create Organization and Structure in 10 Steps Take Impossible Out Of Your Vocabulary